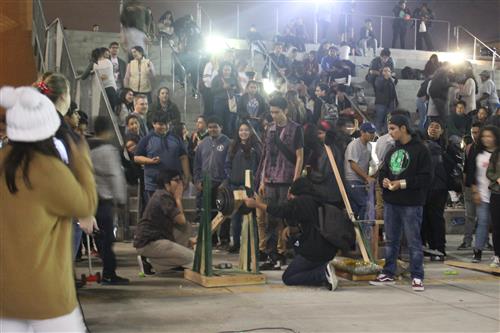 STEM's Pumpkin' Chunkin' is a competition among the different pathways to see who can build the best catapult at STEM Academy of Hollywood. The students of our Susannah Hall and Amarryn Huelsmann, our physics teachers, have 3 weeks to design the catapult that will launch a "pumkin" the farthest. Once they have completed the catapult, the classes set up their catapults in our quad downstairs and launch the pumkins! With our handy dandy Rodeo Clowns, they chase down how far down the pumpkins are launched from their catapults. 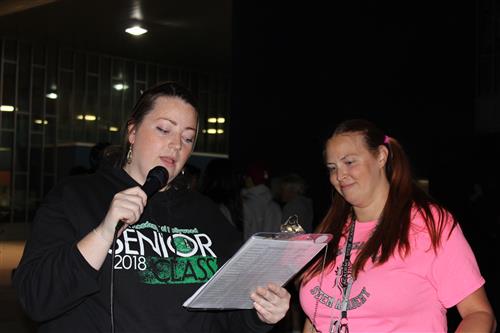 Not only are there pumpkins being chunked, there are also various fun activities! Thanks to our Girls Build LA group, they hosted little events and raffled off prizes. They also hosted the potluck, where students and parents bring food, and everyone enjoys the show with full stomachs. 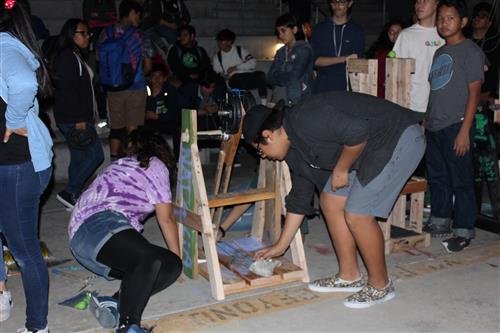 The winners of this year's Pumkin Chunkin' are: 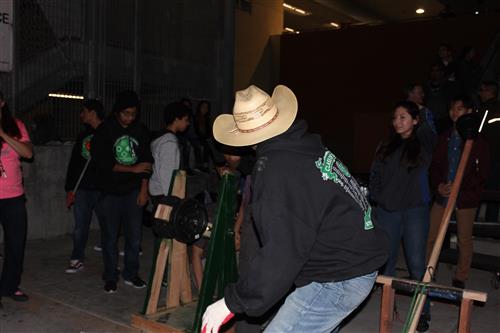